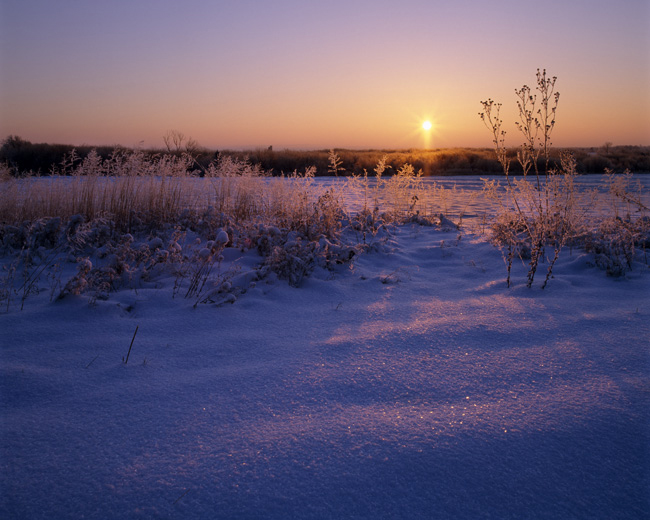 The previous evening and night had been very cold, snowy and quite windy. I knew that the snow would be drifted and sparkling, so I set out long before sunrise to find a position that would show the interesting texture of the snow as the sun broke over the horizon. It was around 0 degrees, and I had some difficulty finding such a spot that would let the sun glance on the snow surface. The sun was beginning to come over the horizon and I hurredly chose this spot to also show the frost encrusted weeds. As the sun advanced and broke over the small drift along the weeds, the snow lit up with all of the reflections from the crystalline surfaces. There also appears to be a slight sun pillar, often seen on such extremely cold days, caused by the tiny ice crystals in the atmosphere.