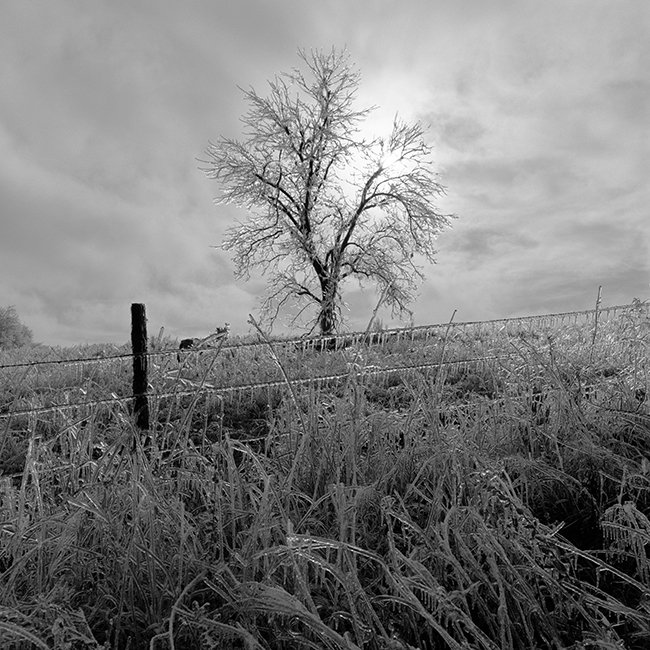 A certain amount of effort was required to gather this image, but the circumstances were very unique. The ice storm had passed the night before, and the overcast had been solid and boring during the morning. At midday, however, the clearing process began, and as usual, the sky became alive with quickly changing cloud formations. As sometimes happens also, the melting process had already begun. I spotted this lone tree at the top of a hill, and as I have permission to venture onto this land, I began the hike. By the time I arrived, the ice was beginning to fall, and larger prints of this image show that some of it is hanging precariously from the fence. Using a moderately wide angle lens to aid in attaining the required depth of field, and a Kodak #12 anti-blue filter to enhance the dramatic sky, I made a few exposures before the ice fell. By the time that I again reached the road, a mere fifteen minutes, the ice had nearly all disappeared.