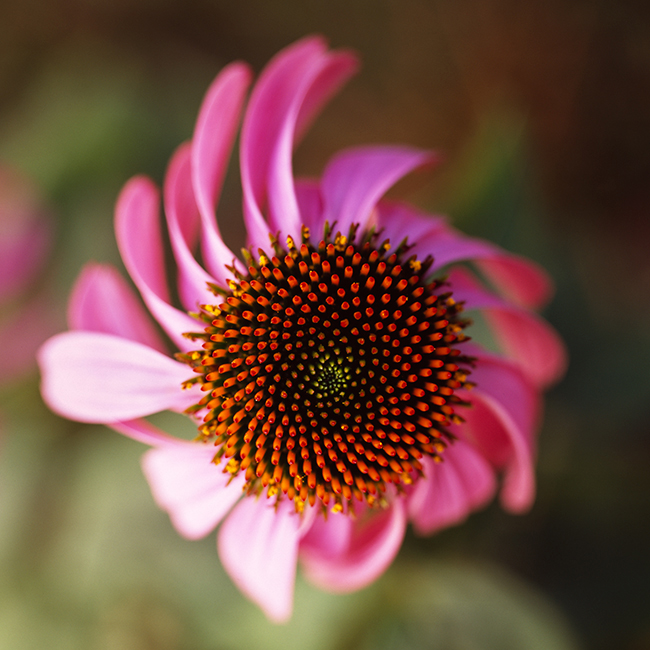 The Flint Hills is one of my favorite places to photograph, not only because of its vast expanse of unbroken prairie and grand vistas, but also because of its importance as the last bit of remaining prairie in the United States. On a brief trip to the prairie, I spotted this coneflower that appeared to have opened only a few days earlier. The petals were still in very good shape, and were curved backward in an interesting way. Most importantly, the flower center was relatively flat, which accentuated the exponential spirals that often can be seen in flower centers (and in many other instances of nature such as the shell of a snail, or the arms of many spiral galaxies). I had always wanted to find a good instance of this in a flower, and this was one of the best that I had seen. It was early morning, and the sunlight was filtered by some taller foliage, which gave a nice diffused illumination. The wind was also dead calm, which is almost mandatory for such close-up photography. I attached several extension rings to my medium format camera to give the required magnification, and after performing the close-up exposure calculations, made several images at various apertures. Shortly afterward, the wind began to increase, which put an end to the macro-photography.