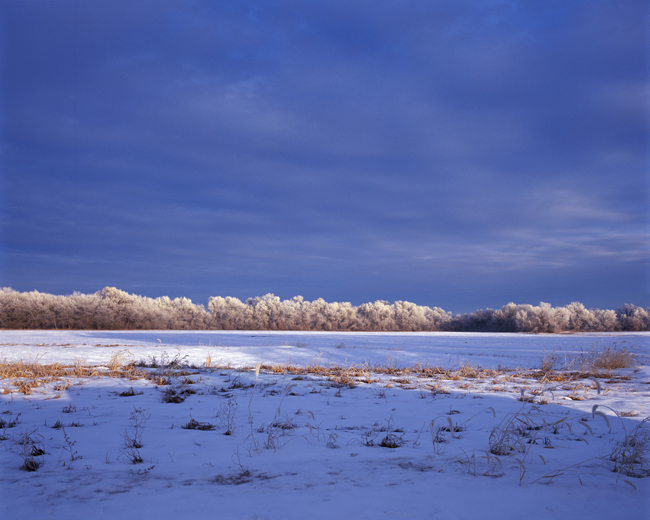 This image was captured during January of 2011 during one of the most impressive freezing fog events that I have seen. This was the second morning of the two-day event, and the ice crystals were less impressive than the day before, but still were of appreciable size. This image was captured after the sun had been up for some time, and any warm coloring was gone. I had been concentrating on a macro subject, and upon recovering from my tunnel vision, I realized that the sky was clearing in the east, and that there was still a dark deck of low clouds in the west; always a recipe for dramatic contrast. The hoarfrost covered trees were shining brilliantly against the dark sky. I used a long lens to pull in the tree line that was about 500 yards away.