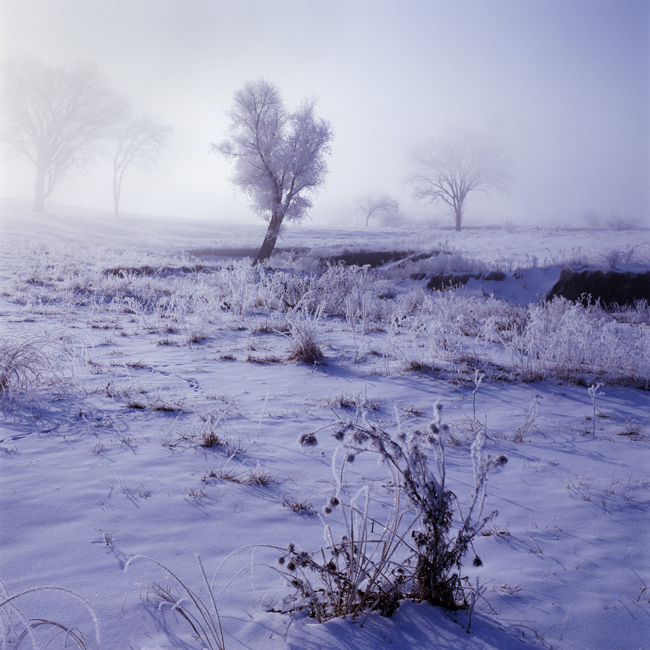 This image was taken during one of the most impressive freezing fog events that I have seen. This was the first morning of the two-day event, and the ice crystals were easily half an inch thick on everything. I had often wanted to photograph this small valley because I like the arrangement of trees and the deeply cut creek bank, but unfortunately there are some large power lines a few hundred yards in the distance. On this day, however, the dense fog removed the power lines from view, and created a very nice image. Placing the shadowed snow on Zone IV caused the central sky to fall on roughly Zone VII. The darkest areas fell on Zones II and III, making for a nice balance of luminances. Luckily there was virtually no wind, which allowed the use of a very small aperture to attain the wide depth of focus.