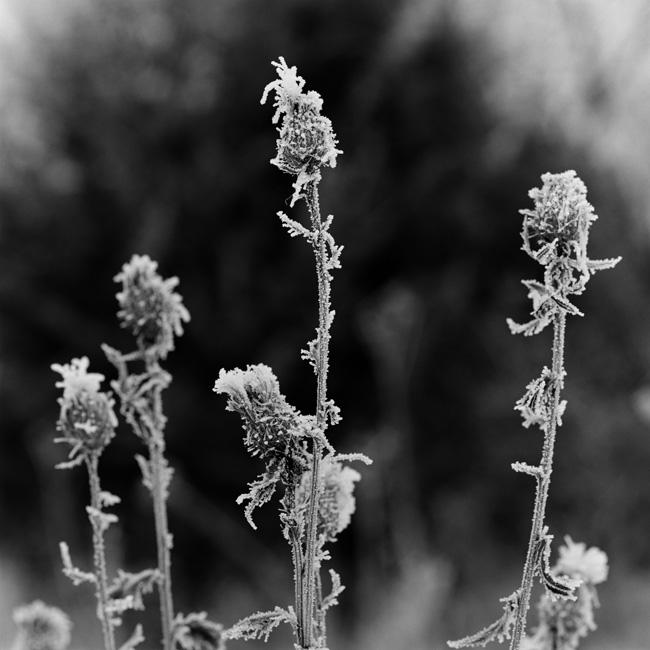 Perhaps one of the most interesting and picturesque physical phenomenon is the growth of crystals. This image was captured following a heavy frost that coated everything with an impressive layer of ornate crystals. Additionally, the weeds had been dead and dried for some time, and the leaves exhibited the usual elegant curvature that is taken on during drying. It was early in the day, and I saw the group of heads backlit against the dark backdrop of a cedar. This created a very nice contrast, and using a slightly long macro lens, I focused on the length of the central stalk and flower. To minimize the exposure time I used a moderate aperture, but the long lens still afforded the narrow depth of focus to blur the background and even parts of the other thistles. Placing the dark background on about Zone III, the brightest crystals fell slightly above Zone VII. This is a nearly perfect range of luminances, and normal development produced a good negative to represent the tones of the image.