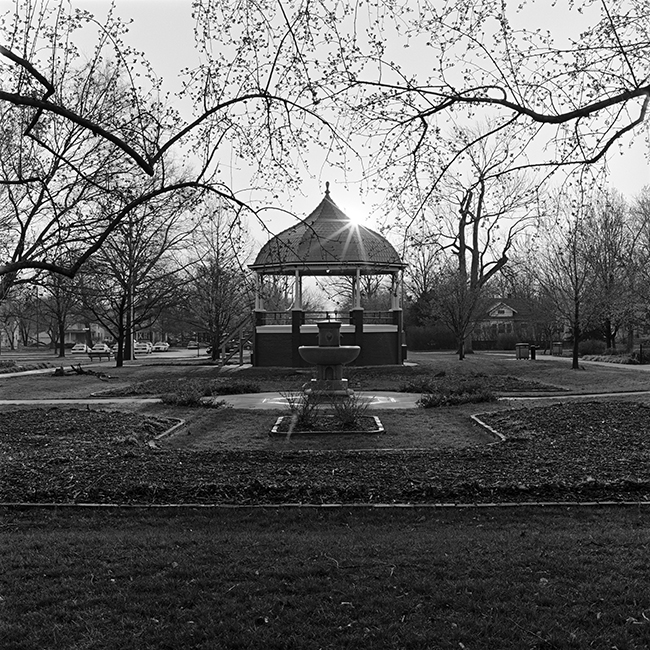 In an effort to capture some of the recognizable Lawrence structures, I often am out early in the morning to take advantage of any dramatic lighting situations. It was around the Vernal equinox, and I planned to photograph the South Park bandstand against a colorful, nearly due east sunrise. From the first light,however, this morning was cloudless and the sky was quite blank. I noticed the nice pattern of the early spring tree limbs against the featureless sky, however, and anticipated the sun from behind the bandstand. I quickly set up for black and white in an attempt to salvage the situation. If some object obscures the greater part of the sun, the intensity is reduced which helps in the capture, but there is also an interesting diffraction "star" created at the obstuction interface. This can add a little interest to an architectural subject if the exposure is taken within the first few seconds as the sun begins to emerge. The lines of the planting beds also add interest and give the image some perspective.