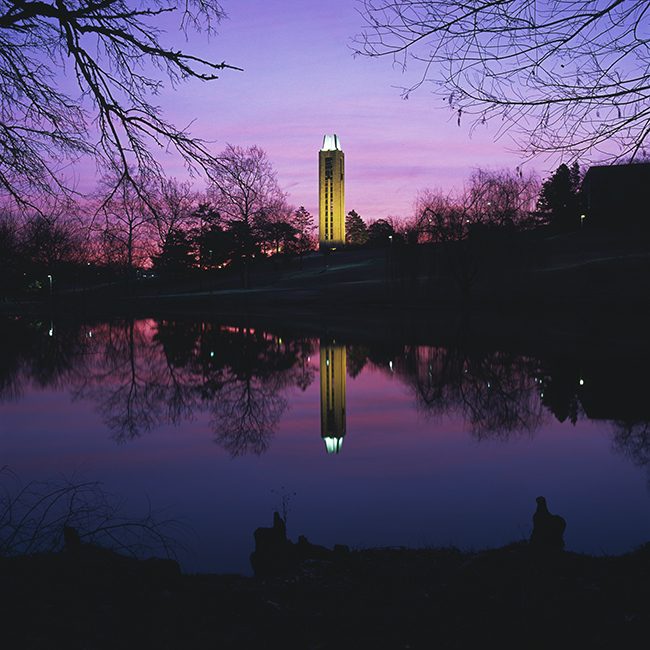 I have made many trips to this spot aside Potter's Lake on the KU campus to photograph the reflection of the Campanile. It is perhaps the most recognizable and well-known structure at the university, and the night lighting forms an impressive scene. On this morning the thin stratiform clouds in the eastern sky reflected the early sunrise in a very nice way, and made for a rare display. For the exposure I placed the brightest sky on about zone VI 1/3, and the top of the campanile fell on about VIII as near as I could read. That made for a very nice exposure range, with some texture on the distant ground. I used as large an aperture as I could to shorten the exposure time, but even at f/8 the required shutter was 4 seconds for the ASA 100 film. Luckily the air was dead calm, resulting in a sharp image even for this multi-second exposure. Within five minutes of this exposure, however, the wind did come up enough to destroy the smooth lake surface and also began to move the trees.