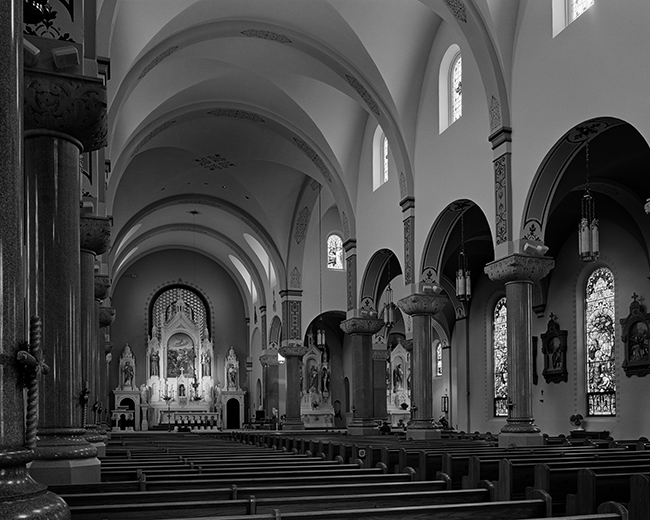 The St. Fidelis church is indeed a well-known landmark, and ranks among the wonders of the Kansas Landscape. On a visit to the church, I wanted to do some classic black and white architectural photographs of the spectacular interior of the structure. To achieve the depth of field to focus the near objects as well as the distant parts of the scene, I computed that an aperture of f/32 would be required. Even with ASA 400 B&W film, the corresponding exposure time was 4 seconds. As with many indoor daytime scenes, the luminance range was quite large, extending from zone II shadow areas to zone IX windows. A slight reduced development was given to the film to reduce the density in those areas of the film.